Thanks to Daniel's Food Diary and Memoirs of Food, it made it easier to decide what food to try at the Platinum Mall Food Court. We had three meals at the food court and all three times, it was very crowded. 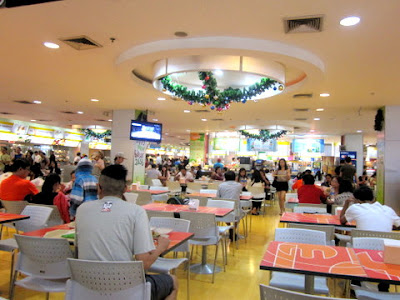 A few of us ordered the Rice with Stewed Pork Limb (40 Baht). I didn't have it because I wasn't in a mood for rice. But those who had it said that it was not bad but not that filling. 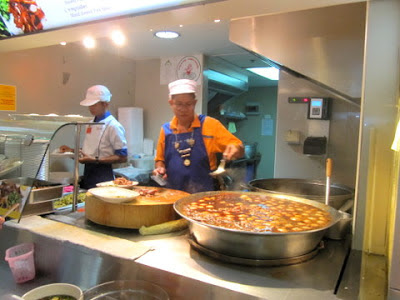 This stall had the longest queue and it isn't surprising given that it housed many popular dishes. 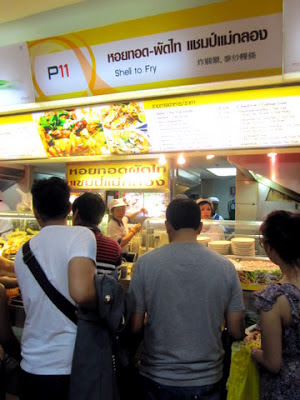 We ordered a Fried Oyster (75 Baht) and it was good! Crispy sides with lots of fresh oysters. 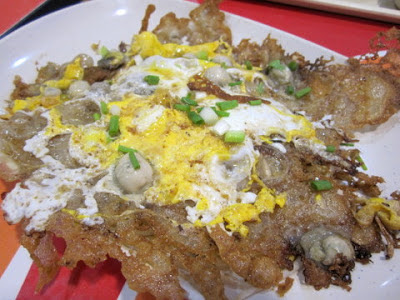 From this stall, I also ordered a Seafood Pad Thai (75 Baht). It's sweeter than the Singapore versions I have tried so far and you could decide how much spring onion, chilli, sugar and ground peanut you wanted. 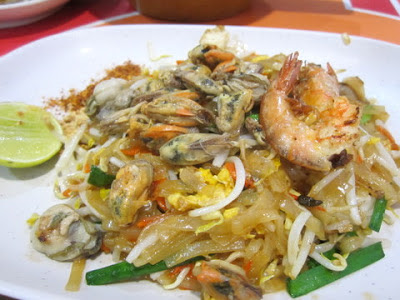 Before leaving Bangkok, I decided to try the Glass Noodles version instead. However, the prawns weren't as fresh as the first time I tried the Pad Thai. 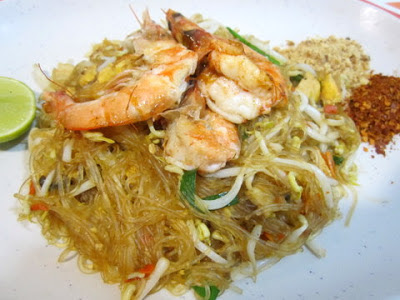 We had Mango Sticky Rice (80 Baht) all three times we went to Platinum Mall Food Court. How can you not get it when the mango is so incredibly sweet? Granted, one of the days it wasn't as sweet but that is not a good reason to give this dessert a miss. 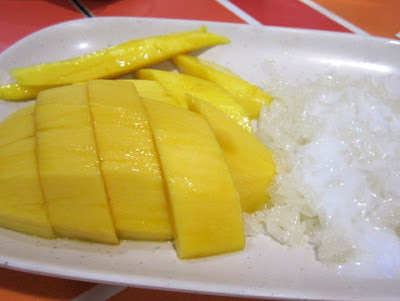 We tried to hunt for a stall that sold Tom Yam but the only stall that sold it was selling it at a higher price tag compared to many other food items. We decided to go to the noodle stall and got a bowl of Fishball Noodles with Tom Yam instead. The dish was so-so although there were plenty of ingredients. 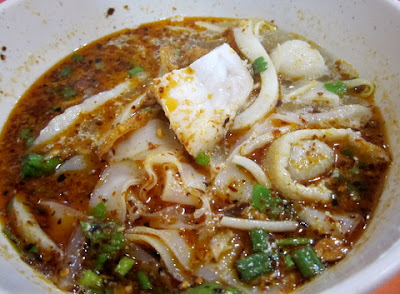 Another dessert that we liked was the Crepe with Ice Cream. If you are craving for some kind of dessert, you may want to consider this! The chocolate ice cream was surprisingly of a considerably good quality. 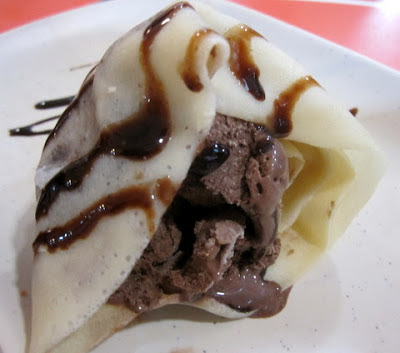