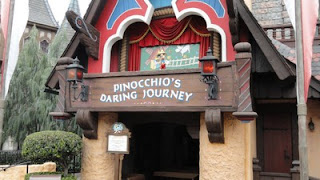 My personal Disneyland Bucket List has been stuck on 5 items now for a few months. You can see all my bucket list posts from this link. Most of them have to do with eating or food. Just when I was beginning to think there was nothing more to add to the list a question in the MiceChat Disneyland forum got me to think about something else kind fun that could be added. The question simply asked "How many rides have you ridden in a day?"
So I remember back to my younger days, days when there was enough energy in me to get to the park when it first opened then literally ran from ride to ride to ride hitting all the major attractions (mostly the so called mountain rides) first before the lines got ridiculous. By the end of the day, the total was quite impressive though I don't think I ever bothered to keep count. 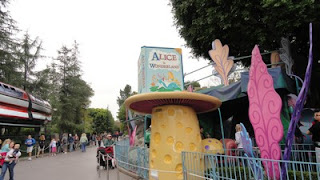 Well some people do keep count. In fact, MiceChat does a whole game based on the number of rides teams of people can do in a day. It's called the Gumball Rally and I think they do it a couple of times a year (not sure). While I have no interest in participating in a competition, it may be something of a personal challenge to go back and see just how many rides (and I'll include shows and attractions) I can still do in the course of a Disney day. It is something that is Bucket List worthy mostly because I am not young anymore and mad dashes to rides and attractions is something that is no longer part of my Disneyland experience. 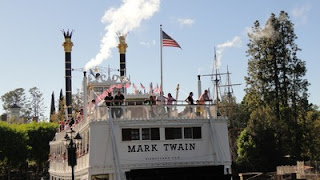 Now in later years, I am more of a Disneyland wanderer, picking and choosing my favorite rides and attractions. I spend a lot of time sitting on park benches thinking about where to go next (usually while Mrs. DisneylandTraveler is spending money in a store). And we spend a lot of time eating, table service restaurants, counter service restaurants, doesn't matter, dining is definitely a large chunk of time for our Disney day. 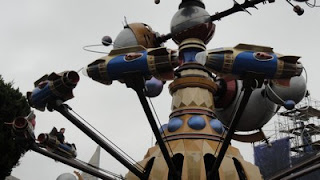 But eliminate the bench sitting, the sitting down for formal meals, the time contemplating what to do next next. Just go and and as Nike says - just do it. My friend Mike and his wife are a couple of years younger than I am. He goes to Disneyland about once a year but only goes for day, perhaps two at the most (usually on a Club 33 reservation because he has a connection). By the time he recounts everything he did on one of his trips, I'm exhausted just listening. But I could do it, I know I can, if it was just one day. (Mrs. DLT and I usually make 5 day trips to which would definitely be needed in this effort if for nothing else, recovery time) 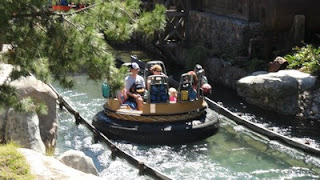 I have to relegate myself to the fact that this may be a solitary pursuit as, like me, Mrs. DLT's energy and endurance has pretty much got up and went. And she may not be the type to say, "Yeah, running around the park like I was 16 again might actually be fun". She may think this all to be just plain silly. Haven't mentioned it to her yet. In fact, some of my most productive mornings in Disneyland have been when she's back at the hotel making the slow climb out of bed. 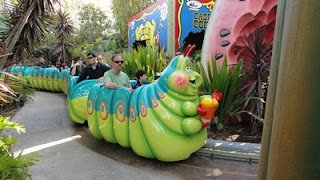 Yes..... this does seem Buck List worthy - when a man who is far closer to the end of life than to the beginning gives it one last try. I have heard there is something of an unwritten Disneyland goal that they want every guest to be able to enjoy about 10 ride or attractions in the course of a day. That seems about right. Maybe on a good day, Mrs. DLT and I can get up to about 12 or so. But what if I could do 20, 25. The pursuit alone may kill me but for one day, I can repeat feats of a time when I was much younger.
Look out Heimlich and Pinocchio, I may be coming for you again some day.... 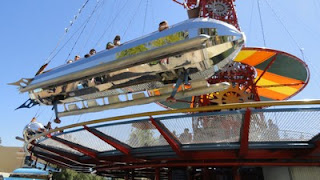 PS.... the two rides I would not go on - Bucket List of no Bucket List - Davy Crockett Explorer Canoes and Silly Symphony Swings.