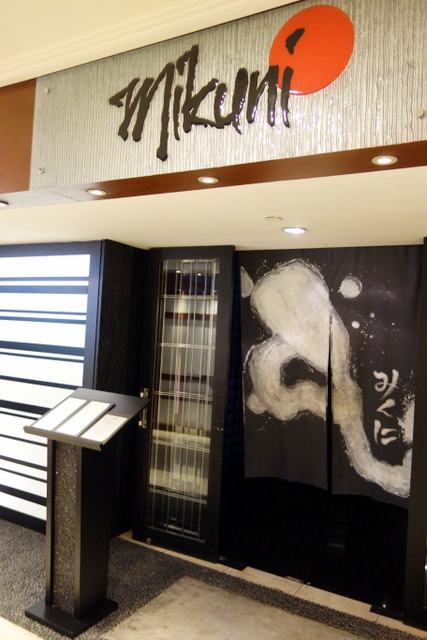 It was fully packed on a Friday evening and if you booked early, you could decide whether to sit at the counters or at the "proper" sitting areas. Their ventilation is pretty powerful, I didn't smell like smoke after the meal even though I sat at the teppanyaki counter for the entire meal. 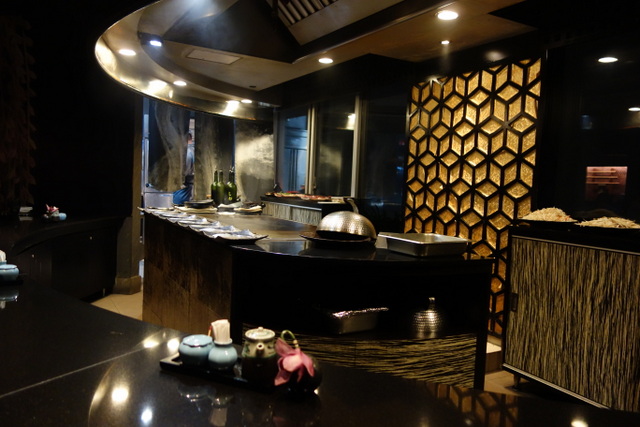 First, we had some complimentary thinly-sliced crackers with sprinkles of seaweed. It had gone a little soft though. 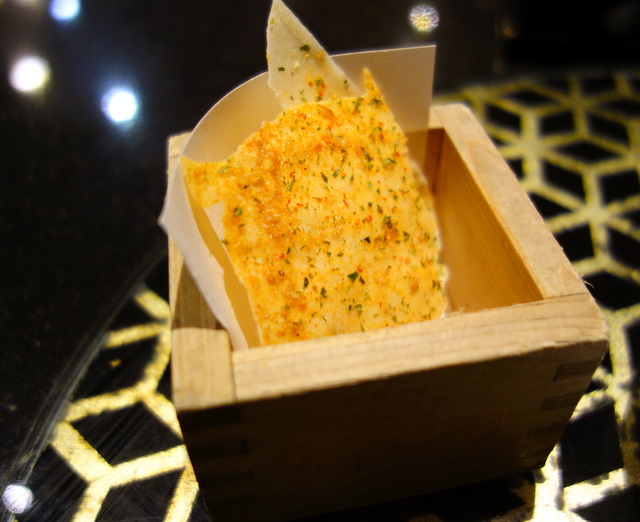 What is a Japanese meal without some Salmon ($20)? These thick slabs of salmon were fresh and creamy. 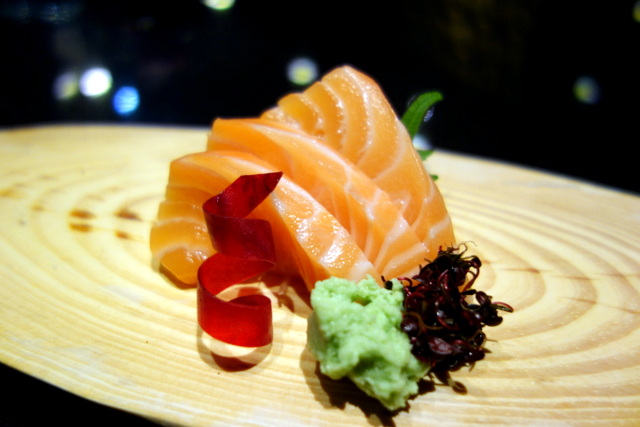 I was having an internal debate whether to order the Hokkaido Sweet Corn ($15). It is a little insane to pay so much for corn but I decided I had to get it since it says "Hokkaido". Hokkaido has fantastic fresh produce and I simply couldn't resist being the fool who pays $15 for corn. I haven't reached the stage of fishing out $100 for a Hokkaido musk melon though. The sweet, buttered corns were huge and lightly buttered, making each bite a delight. There was also some salt at the side- I didn't know that corn went well with salt! 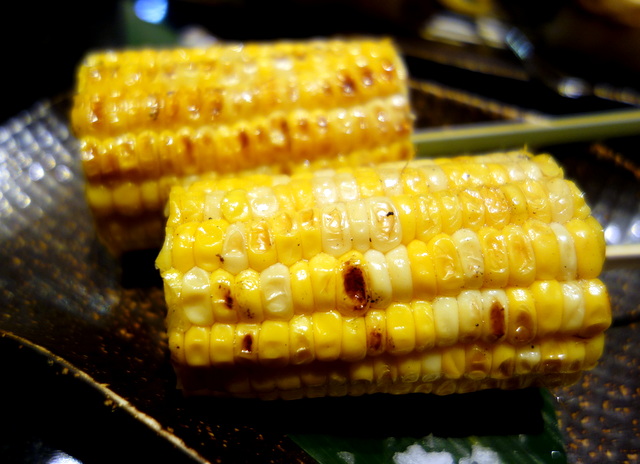 We ordered some Hokkaido Scallops ($32). Chunks of plump scallops were swimming in butter sauce. 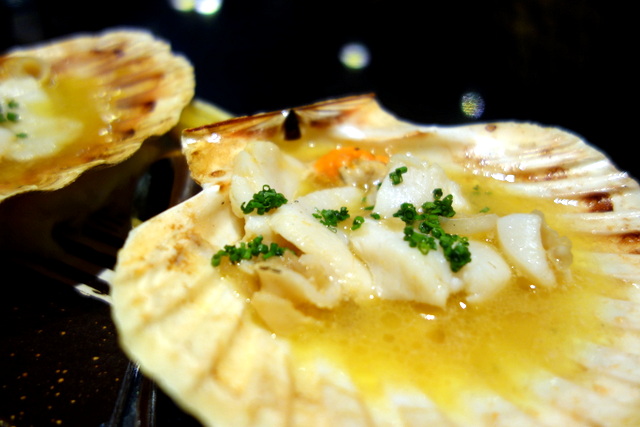 We also had the Kurobuta Pork Rib ($40). The portions were far too much for 2 to share. I don't often describe pork as tender because it often isn't. But here, the pork was tender, and had a thin layer of fat which didn't feel all that sinful at all. Simple flavours but delicious all the same. 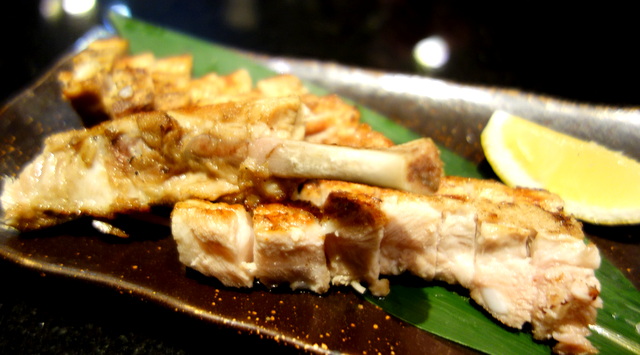 The lobster ($48) covered in lots of roe and melted cheese was juicy and sweet. I would have preferred it with less cheese though because the cheese became a little gelat after a while. 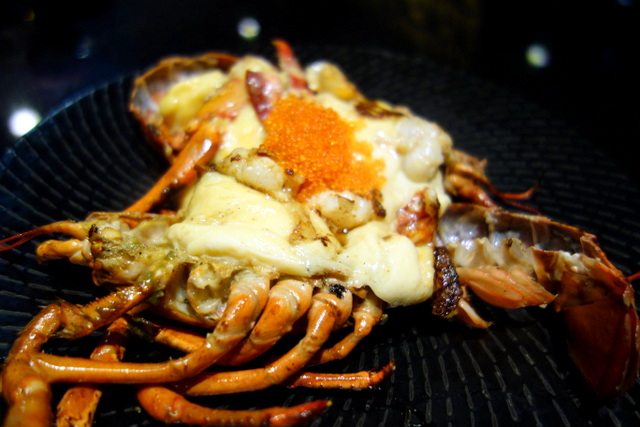 We ordered the King Crab Fried Rice ($18). Aside from the fact that the rice was on the salty side, this fried rice was definitely worth ordering. There was so much crab meat in this that you would get some crab meat with every mouth of rice. The rice grains were also distinct without being too dry. 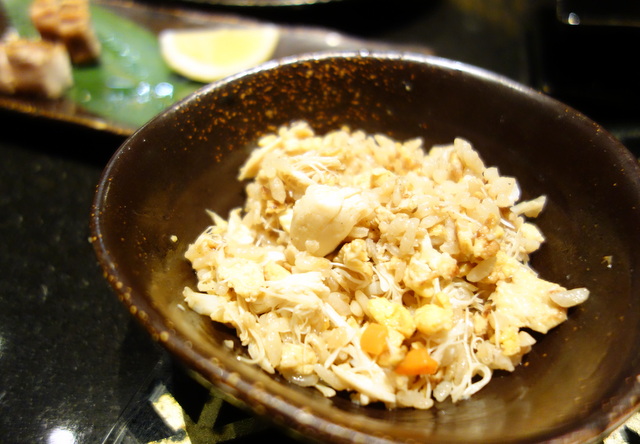 To round off the meal, we got the Ice Mochi Assortment ($28). The mochi flavours were vanilla, green tea and an unidentified flavour. There was nothing special about the dessert and this was the only dish I wished I hadn't ordered. 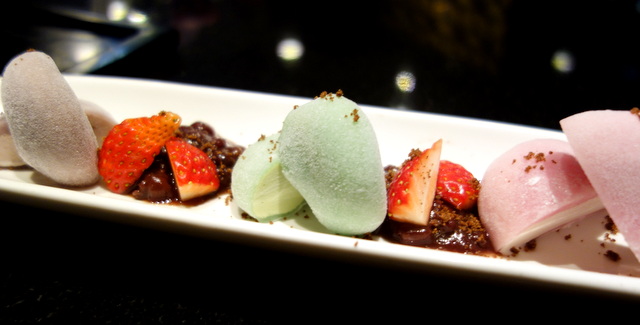