Bob Iger Names A New Number One For Studios Chief 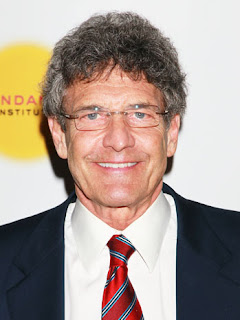 For about the third time in 3 years, Bob Iger, CEO of The Walt Disney Co., has named a new Chairman for the beleaguered Disney Studios. Alan Horn moves over from a similar position as head of Warner Bros. Pictures where he oversaw production of some noteworthy franchises such as Harry Potter, The Matrix, and The Dark Knight. He gave the go-ahead from everything from Happy Feet to The Hangover. An impressive resume to be sure and also a pretty sure bet for Iger coming on the heels of the dreadful performance of former Chief Rich Ross that culminated in the John Carter disaster for Disney. Ross was a TV guy (like Iger) and never adapted as a Hollywood mover and shaker in the film industry. Horn is the complete opposite with connections everywhere.
Prior to his 12 years at Warner Bros., Alan Horn was a co-founder (along with Rob Reiner) of Castle Rock Entertainment which produced movies like The Shawshank Redemption, A Few Good Men, and When Harry Met Sally. Castle Rock also produced a TV series which I still continue to watch several times a week though its production ended years ago, a show about nothing called Seinfeld.
So Horn gets to control about everything on the movie side of the Disney company. He will oversee the activities and productions of the fairly autonomous and extremely profitable Marvel and Pixar Studios while trying to put Disney branded live action pictures and as well as the animated pictures back on a consistent even keel. He will also continue to oversee Disney's distribution of Steven Spielberg's Dreamworks live action pictures. Seems to be a lot on his plate and he seems to be the person to do it. Time will tell. Horn starts his new position on June 11.